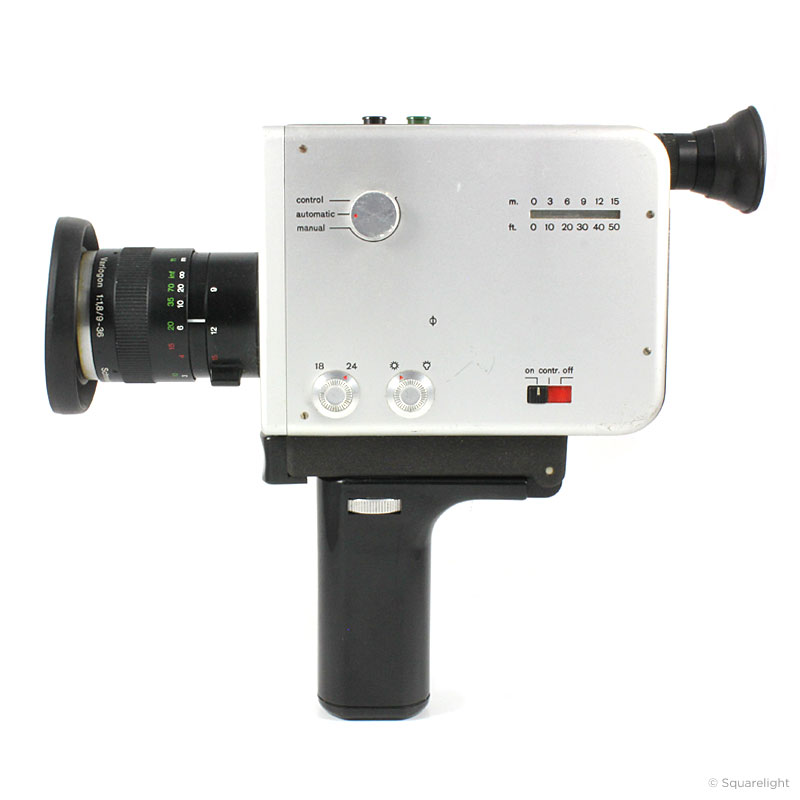 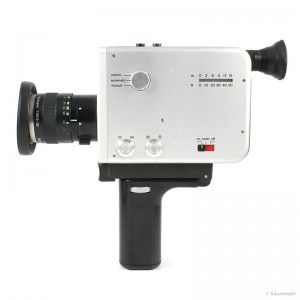 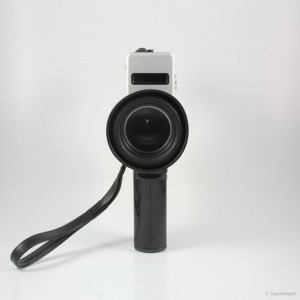 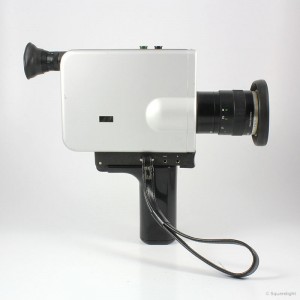 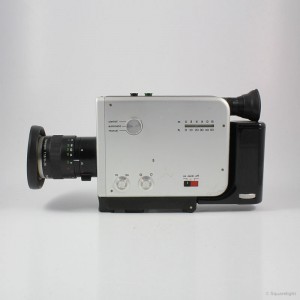 Sold! This item is currently unavailable. Request one

Braun released the Nizo cameras in 1965, nearly the same time that the new Super 8 cartridge format was released. “The Super 8 cassettes slide into the camera like letters into the mailbox.” The times of threading film were over. Nizo production continued for the next two decades, and were copied by many. The success was due to high-level engineering,with a rational formal vocabulary purged of the technological, visible screws aesthetic.

“By concentrating on the three essential parts of the camera – lens, housing and handle – a clear-cut structure was created, centering on the narrow, cubic camera body, cleansed of all embellishments. On it’s bright aluminum surface – signifying technical brilliance and high value – the sparingly arranged controls stood out in high contrast, like on a signpost. Their layout is determined by ergonomic considerations as well, as easy handling is key to the use of a film camera. This is why the functions needed during filming, – for example, the zoom – are located right above the handle. This means that counter pressure can be exerted by the hand holding the camera, preventing shaky and blurred images – the nightmare of every amateur filmmaker.”