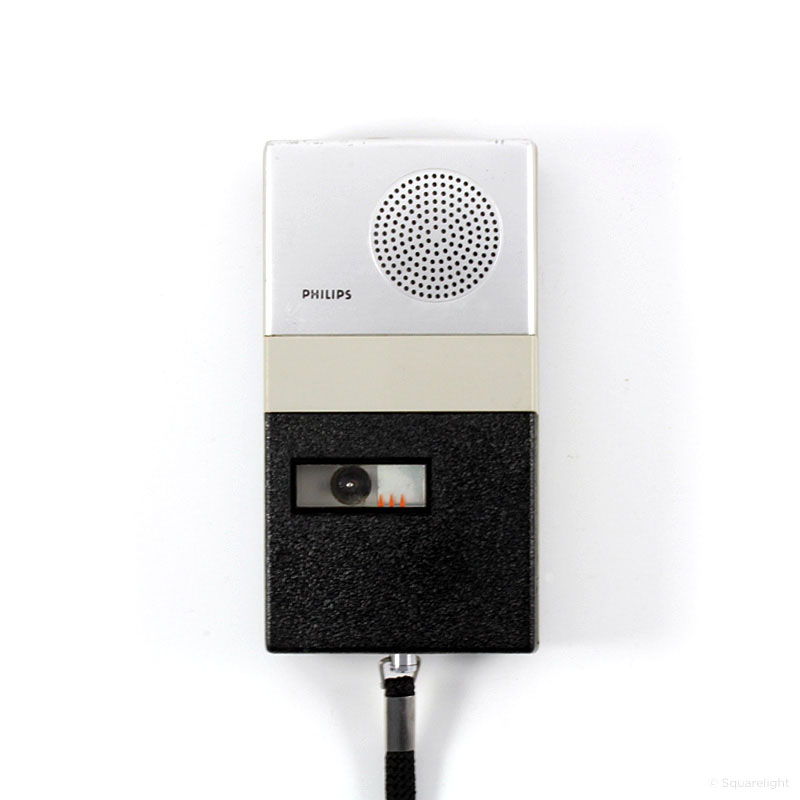 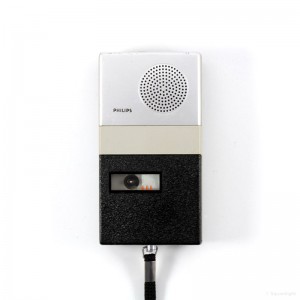 $40 This item is available. Inquire

Philips invented the first minicassette and recorder in 1967. It was a pocket size recorder and was introduced as a dictation machine or memo recorder. It was simple to use and had the minimal components for recording. It did not have the capstan and pinch roller system used in conventional recorders, instead the tape was pulled over to the take-up reel passing the recording/play head. The take up spindle was rim driven directly by the motor without any belt system. The rew spindle was driven by a belt system. The heads were fixed in position and the tape was always in contact with the heads. This was ideal for a voice recorder as the cue and review facility was readily available. The size of the recorder was ideal for the professional and with a built in mike, it was a complete system. The minicassette system was extremely successful and licenses were sold to other manufacturer’s. The cassette too was manufactured by various magnetic tape manufacturer’s. The minicassette recorder only lost it’s position in 1979 after a revamped microcassette recorder was preferred in a digital age. 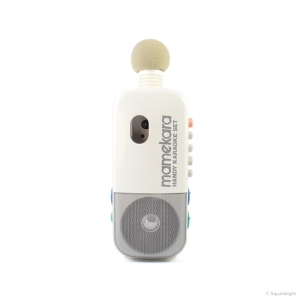 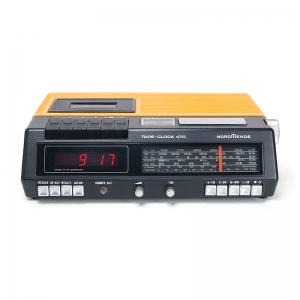 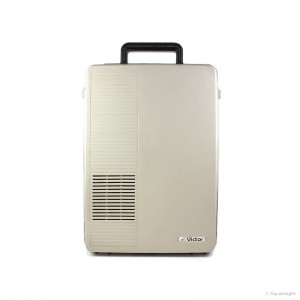 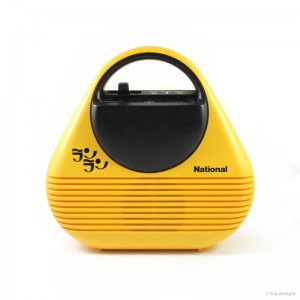